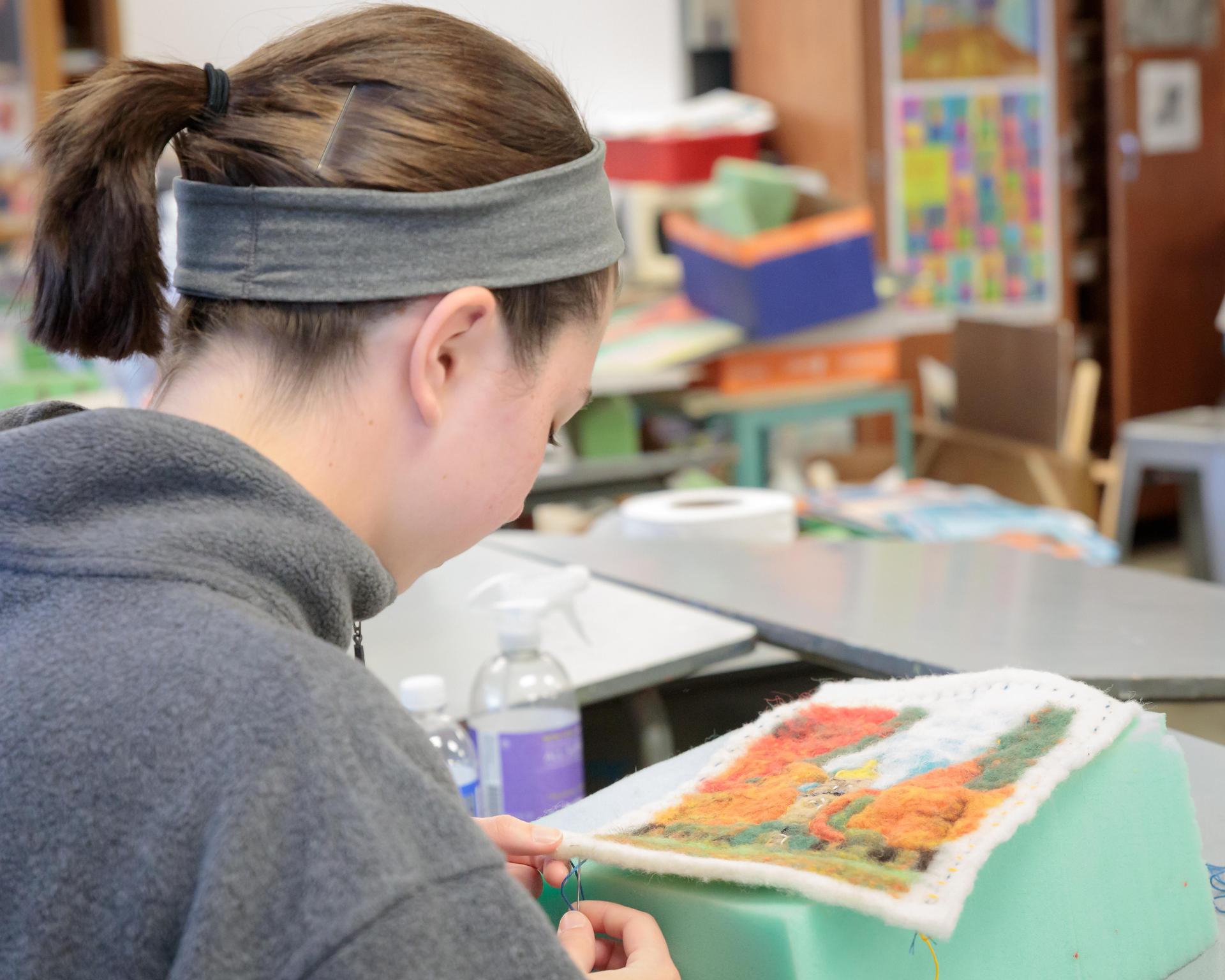 Marian offers an extensive range of art classes, from drawing and sculpture to photography and digital design, including several Advanced Placement courses for college credit. Students in these classes regularly place in regional and national competitions, including the National Scholastic Art Awards in New York City.

The faculty in our Fine Arts department are second to none!

Congratulations to the Fine Arts Department as they earned 85 awards in the prestigious Scholastic Art Competition in January 2020.

All of the award winning artwork was on display for public viewing this spring at the Warner and Community Galleries of the South Bend Museum of Art in Century Center.

The Performing Arts Program at Marian is a rich blend of courses and after-school activities to provide options for our students to find the right mix of academic and enrichment experiences.

Three types of performing arts are offered: Choir, Theater and Instrumental Music. The choir is a vibrant group of talented vocalists gathered into an award-winning ensemble, and the Liturgical Choir is a club that provides music for our All School Masses. We offer layered theater coursework for the serious thespian. Marian produces a school play twice per year and a talent show each spring, all to rave reviews from the community. Instrumental Music classes offered include Drumline and Applied Music. A pep band club and drumline club provide students with an opportunity to show school spirit and support the athletic teams using their musical gifts.

The talent within our Marian student body never ceases to amaze us!

RECENT PRODUCTIONS AT MARIAN INCLUDE:

Musicals: The Drowsy Chaperone; Into the Woods; Anything Goes; Bye, Bye Birdie; The Sound of Music; Godspell
Plays:  You Can't Take it With You, The Diviner's, A Christmas Carol, Arsenic and Old Lace

Enjoy a few moments captured from our spring musical, Into The Woods!
CONNECT WITH US!