Moderator: Mrs. Lori Hamann
Contact: [email protected]org
Meeting Room: 117
Meeting Times: Practices take place after school on Mondays and Wednesdays in the Fall until matches begin. During the season, practices continue on Mondays and matches are held on Wednesdays. The season culminates in a tournament held in mid-January.

What Is Quiz Bowl?

Quiz Bowl is a game in which two teams compete head-to-head to answer questions from all areas of knowledge, including history, literature, science, fine arts, current events, popular culture, sports, and more.

Quiz Bowl matches consist of three or four rounds, depending on the age level. Four members of each team sit for each round. A buzzer system is used to identify the quickest respondent. Points are awarded through the rounds until one team accumulates the highest score at the end of the final round.

Those who enjoy watching the TV show Jeopardy will love Quiz Bowl! 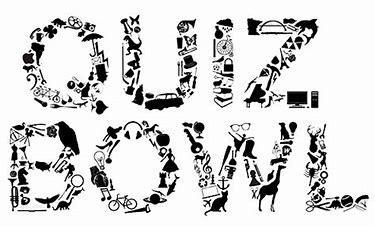